The thought of living with rodents makes many Houstonians uncomfortable, but these pests also pose a threat to human health. Because rats and mice can cause thousands of dollars in property damage and carry diseases that make people sick,  Houston professional exterminators play an important role in protecting public safety when it comes to Rat and Rodent Pest Control in Houston.

Rodents contaminate food with feces and when they chew through home electrical wires, they create a fire hazard that can cause property damage and severe, or even fatal injuries.

Types of Rat Species Houston Homeowners Need To Know About

The three species of rodent that Texas homeowners are most likely to see are the house mouse, the roof rat and the Norway rat. These species typically live in close proximity to humans, which means they are commensal rodents.

Over a 12-month period, the average female house mouse can bear as many as eight litters of eight babies each. These mice are not aggressive, so they will not bite a human unless cornered.

A house mouse may be 3.5″ long and has gray fur. The animal has a semi-bare tail, large ears and small eyes. It contaminates food supplies and is either a direct carrier or a vector for multiple human diseases.

Roof rats prefer to inhabit gutters, power lines and other high places, although they will burrow given no other option. During the winter, they migrate indoors and once they move in, they can end up staying for several years. This rodent can grow up to 8″ long with an extremely long, scaly tail, and it has large eyes and a pointed muzzle. These animals will bite, so homeowners should take precautions if they see one.  Roof rats also love palm trees which are often located near your swimming pool.

The Norway rat is also called the sewer rat, and while it resembles the roof rat, it can be more than 1.5″ longer. These rats are more social than roof rats. This species seldom roams more than 100 feet from its nest. It consistently follow trails, usually against a wall and its whiskers serve as curb feelers. This type of rat lives at ground level so it is often found in basements or burrowing in debris.

These rodents colonize the areas they move into so the number living in Houston area homes depends on how long they have taken shelter there. If you fail to call in a Houston professional exterminator, the population will continue to grow.

Damage to Wiring in Houston Homes Caused By Rats

In addition to carrying diseases and making a lot of noise, rats pose a big threat to your home if they chew through the electrical wires and create a fire hazard.

These pests can do other types of damage, including gnawing through the roof to gain access to the home, chewing through plumbing pipes and tearing apart attic insulation to build nests. 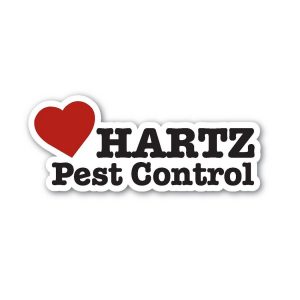 We Put Rats and Other Pests To Rest!